NATYA SHASTRA AND ITS RELEVANCE IN MODERN DRAMATICS 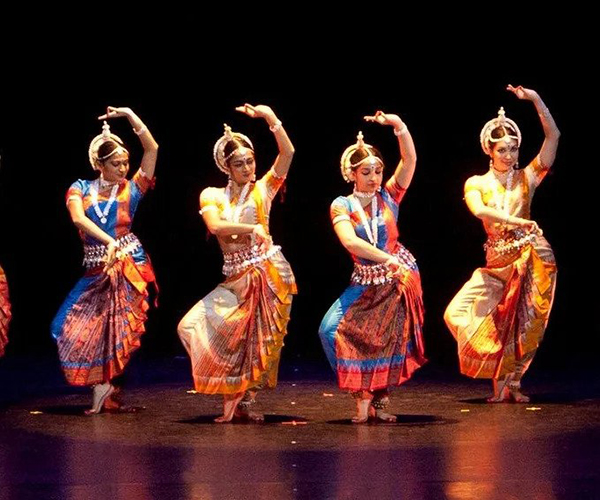 NATYA SHASTRA AND ITS RELEVANCE IN MODERN DRAMATICS

Natya Shastra is a Sanskrit text on performing arts and it is the principal work of dramatic theory, encompassing dance and music, in classical India. This body of literature is attributed to Sage Bharata Muni and its first complete compilation is thought to be between 200 BCE and 200 CE (estimates vary between 500 BCE and 500 CE, too). The Natya Shastra is the outcome of several centuries of theatrical practice by hereditary actors who passed their tradition orally from generation to generation.

It is in the form of a loose dialogue between Bharata Muni and a number of other Munis who approached him with queries about Natya Veda. This text is a compilation of 6000 poetic verses describing performing arts and contains 36 chapters. The subjects covered by the treatise include dramatic composition, structure of a play and the construction of a stage to host it, genres of acting, body movements, make up and costumes, role and goals of an art director, the musical scales, musical instruments and the integration of music with art performance.

RASA THEORY OF NATYA SHASTRA : A LANDMARK IN THE HISTORY OF AESTHETIC

Natya Shastra delineates a detailed theory of drama, comparable to the poetics of Aristotle. The purpose of drama is to entertain the audience. The joy and solace which the audience experience are induced very deliberately by the actors through special acting techniques. Bharata refers to bhavas, the imitations of emotions that the actors perform and the rasas or emotional responses that they inspire in the audience.

Thus rasas are created by bhavas – the state of mind. The eight basic bhavas are love, humour, energy, anger, fear, grief, disgust and astonishment.
These bhavas are not conveyed directly to the audiences, but are portrayed through their causes and effects. In observing and imagining these emotions that are depicted in the play, the audience experiences eight principal responses or rasas – Love ( Sringara rasa ), Pity ( Karunyam rasa), Anger ( Raudram rasa), Disgust  ( Bibhatsam rasa), Heroism  ( Veeram rasa), Terror  ( Bhayanakam rasa), Awe ( Adbhutam rasa) and Comedy ( Hasya rasa ).

Bharata recommends that the plays should mix different rasas but be dominated by one. Of the 36 chapters of Natya Shastra, chapters VI snd VII deal with the theory of rasa and its elaborate elucidation. It is the most important theory developed by Bharata. These two chapters are considered to be the landmarks in the history of Sanskrit poetics and aesthetics.

It can be said that Bharata adopted a universal approach and affirmed that art universalizes emotions, making them an instrument of appeal to the spectators. It can be said that Natya Shastra has relevance more for practitioners than for academicians. Bharata Muni, the author of Natya Shastra, has clearly stated that the theatrical experiments  ( proyoga) and the ideas of time should be added to the Shastra.

Thus it is an organic, living and classical text in aesthetics and performing arts and not a fixed set of ideas and  instructions. The Rasa theory developed by Bharata is extremely relevant till date, as many theatre personalities in the contemporary world are inspired by these rasas and use these elementary emotions for their plays.The components of ” Rasa” serve as a scaffolding by which the emotional complexity of a play is supported.