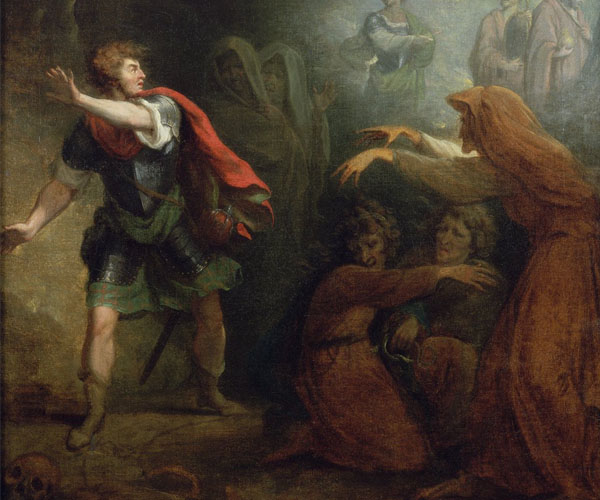 William Shakespeare was the greatest writer in the history of English language, one of the most popular playwrights in the world and England’s national poet. His body of work includes 38 plays, 154 sonnets and 2 epic narrative poems. His genius as a playwright eclipses that of all others of his age as none approach the craft or the humanity of character that marks the Bard’s work. He created the most vivid characters of the Elizabethan stage. Moreover, his themes are so universal that they transcend generations, to impact the imaginations of audiences universally, to this day. His plays have been translated into every major living language and are performed more often than those of any other playwright. Of his many works, all of which are outstanding in their own way,
some plays have the most enduring literary as well as entertaining value. Macbeth is one such Shakespeare’s immortal creation. This crime drama is so popular that it has inspired over 10 film adaptations and has been enacted on stage for the umpteenth time.

MACBETH : “FAIR IS FOUL AND FOUL IS FAIR”

Macbeth, one of Shakespeare’s brilliant tragedies, is an intense piece of drama that charts the rise and fall of Macbeth from a loyal soldier, to an ambitious king, to a tyrant. It features some of Shakespeare’s finest writing and has a perfectly formulated plot. The play provides powerful insight into human psychology. Its characters are not static, most certainly not in case of Macbeth and Lady Macbeth, and we see the effects of Macbeth’s murderous ambition unfold accross the play. The plot centres around questions of power,  ambition and murder. The three witches set the tone for the play by proclaiming ” Fair is foul and foul is fair” ; thus introducing the theme of good versus evil. Upon hearing a prophecy of these three witches that he will become king, Macbeth endeavours to usurp the crown by killing King Duncan. It is however not Macbeth, but  Lady Macbeth who spawns the plot to kill Duncan. She is stronger, more ruthless and more ambitious than her husband. She definitely steals the show and it is her intense ambition that drives the play forward. This play is also notable for Shakespeare’s use of character foils, the most prominent being that of Macduff, who occupies a similar role under Malcolm as Macbeth once did under Duncan.

MACBETH IS ONE OF THE MOST POPULAR OF SHAKESPEARE’S TRAGEDIES

Shakespeare’s plays have been translated into more than 100 languages and Macbeth definitely happens to be one of his most translated works. The idea of ambition and greed leading to the downfall is always seen as an interesting plot. Bengali theatre is no exception to this. Macbeth has been translated into Bengali and adapted by several literary and theater personalities. Rabindra Nath Tagore translated Macbeth at the age of 13 only, while Girish Ghosh’s translation of the same was not published until 1900 but it premiered at the Minerva on 28th January, 1893. Utpal Dutt, a pioneering figure in modern Indian theatre, was associated with several Shakespeare productions, of which, Macbeth was definitely one. More recently, a new interpretation of Macbeth in the current political scenario of Bengal, has been staged by Kaushik Sen.

Thus Macbeth, with his tale of inordinate greed and ambition, continues to rule the hearts of millions of theatre lovers all across the globe and one such Shakespeare’s immortal creation.