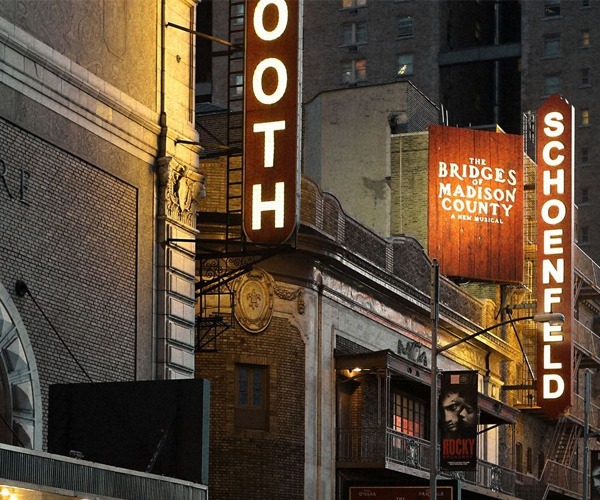 BROADWAY THEATER- COMMERCIAL THEATER INDUSTRY: If there have been a pilgrimage for theater folks, it would be Broadway Theater.

However, theater and Broadway are inextricably linked, even a layman with a little knowledge of theater, will know. Broadway Theater, also simply  known as Broadway, refers to the theatrical performances presented in the 41 professional theaters, located in the Theater District and Lincoln Centre along Broadway, in Midtown Manhattan, New York city. In addition, each of the theaters in this district is endowed with a sitting capacity of 500 or more viewers. Broadway, the street running the length of Manhattan in New York city, has been associated with American Theatrical activities since 1735, when the very first theater opened on that Street. Above all at the end of the 20th century, the word Broadway had come to refer to a theatrical district in New York. In addition, this theatrical district is a popular tourist attraction in New York city.

THE HISTORY OF BROADWAY THEATER :

BROADWAY THEATER- COMMERCIAL THEATER INDUSTRY – The journey of Broadway theater in New York did not begin until 1750 when Thomas Kean and Walter Murray opened a theater company on Nassau Street. This theater could accommodate up to 280 patrons and mostly staged Shakespearean plays and Ballad operas.

During the revolutionary war, theater stopped in the city but began again in 1798. Park Theater, a 2000-seat theater was built during this time. With the opening of the Astor Place Theater in 1849, a riot occurred. The lower class audience that frequented the Bowery took offense to the snobbery of upper class who attended the Astor.

This riot was a milestone which separated theater in New York as the upper classes attended the Opera. The middle class watched melodramas and minstrel shows while the working class frequented the variety shows. Shakespeare was hugely popular during this time with many of his plays put on in Broadway. First ever, long run musical that played in New York“The Elves”

The theater district, which was named Broadway by the British (after they took over the city) because of its unusual width, is home to 41 large professional theaters. Also known as “The Great White Way”

So called because it was one of the first streets in the USA to be lit with electric lights and today millions of lights on the theater marquee and bill board advertisements justify the aptness of the name. After that it remains one of the most popular tourist attractions of New York city. In addition, many people believe that the theatrical productions on Broadway are the best in the world.