BRIEF HISTORY OF DRAMA AND ITS JOURNEY 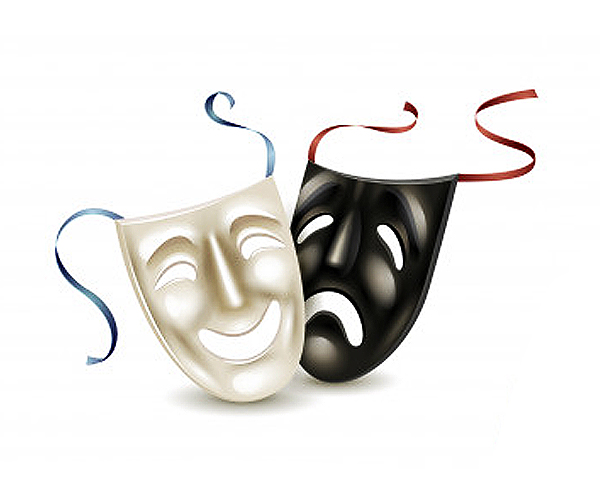 BRIEF HISTORY OF DRAMA AND ITS JOURNEY

Drama is the specific mode of functional representation, through dialogue and performances  ( play, opera, mime, ballet, etc), performed in a theatre or radio or television. The term “drama” comes from a Greek word meaning “action”. Thus, it is one of the literary genres, which is an imitation of some action. In simple words, a drama is a composition in verse or prose, presenting a story in pantomime or dialogue. It contains conflict of characters particularly the ones who perform in front of the audience on the stage. The two masks associated with drama represent the traditional generic division between comedy and tragedy. The history of drama stretches back to some of mankind’s earliest civilizations. Though you will get a brief history of drama in this blog but its journey is vast.

HISTORY OF DRAMA OF THE WEST :

BRIEF HISTORY OF DRAMA AND ITS JOURNEY- The enactment of drama in theatre, performed by actors on stage before an audience, presupposes collaborative modes of production and a collective form of reception.

Western drama originated in Greece. The origin of drama is deep-rooted in the religious predispositions of mankind. This is not only applicable in case of English drama but with the dramas of other nations as well. The ancient Greek and Roman dramas were mostly concerned with religious ceremonials of people. It was the religious element that resulted in the development of drama.

A festival of entertainment called ” City Dionysia” began to be held in honor of the God Dionysus and it featured competitions in music, singing, dance and poetry. Though the most remarkable winner in the competition was called “Thespis”. However, in 534 or 535 BC, Thespis astonished the audience by leaping onto the back of the wooden cart and reciting poetry, enacting the character whose lines he was reading. Thus world’s first ” actor” was born and this is how we got the coinage “Thespian “.

Like its western counterpart, drama in Bengal too owes its origin to religious customs. The modernist trend in Bengal ushered by Sri Chaitanya Dev, in 16th century. Sanskrit plays were first translated into Bengali and then performed. An important aspect of Gaudiya Vaishnavism (a religious movement propagated by Chaitanya Dev that gained dominance at that time) was the devotional worship of Radha and Krishna and that remained the theme of many devotional plays.

Later, owing to the British influence, enlightenment came to the Bengali elite through European culture and education. Now the European-inspired proscenium theatre emerged in Calcutta while the rural cultures moved closer to folk theatre-based Jatra. During the second half of the 18th century, religious revivalism rose in juxtaposition with European liberalism. It was at this time, that first Bengali theatre star and the father of modern Bengali Theatre, Girish Chandra Ghosh, emerged.