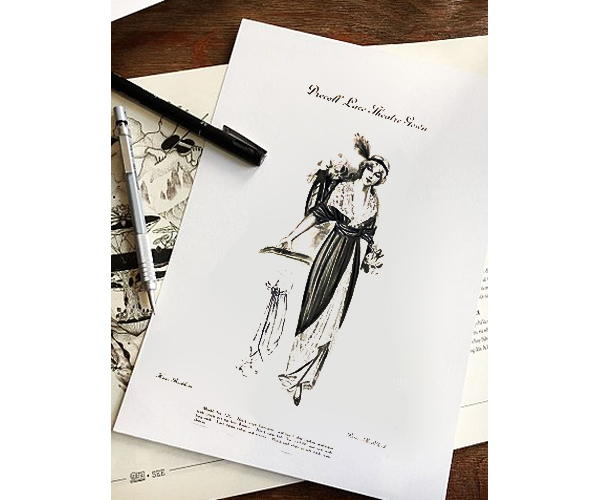 Costumes can be defined as the special kind of clothing worn by actors on stage in order to aid dramatic actions and interpretations. In combination with other aspects of stage craft, theatrical costumes can help actors portray characters and their contexts, as well as communicate information about the historical period/ era, geographic location and time of day, season or weather of the theatrical performance. In theatre, clothing is powerful. It is the first line of communication and it creates the first impression with the audience. Costumes, therefore plays an important role in actualization of a play on stage. If we want to get into the history of how it all started, we need to delve into the past. Theatre is an ancient art. Therefore the art of costuming in the theatre is said to be as old as theatre itself. Therefore costumes are an integral part of theatre.

Costumes are an integral part of theatre. . Costume design has a very long history. The ancient Greek playwright Aeschylus, who lived in the 5th century BC, created specific costumes to wear when performing his tragedies. Theatrical costumes were an innovation of the Greek poet Thespis in the 6th century BCE  and hence theatrical costumes were long called ” the robes of Thespis”.

Lavishness of Athenians on Costumes

As the history goes, Athenians spent lavishly on the production and costumes at annual drama contests. Because of their ritualized style of theatre, many masks were used, giving each character a specific look and they varied depending on whether they were used for comedy or dramatic purposes.

During the late middle ages in Europe, dramatic enactment of Bible stories were prevalent and hence actual Christian vestments were worn as costume. In the Elizabethan period, costumes became the most important visual element. Garments were very expensive as they were made from the finest fabrics. This practice continued for a long time until art began to copy life and realistic characteristics started getting favored.

The importance of costumes to theatrical performances can never be over emphasized. Despite all challenges and criticisms passed on the practice of costumes, it remains the most personal and non-verbal form among other visual elements of drama. Costumes have values of their own, adding color, shape, texture and symbols to the overall effects created on stage. Accessories such as masks, walking stick, head gear, hairdo, make up and personal items like bracelets and necklaces are important components of costumes.

Costumes aid the characters’ actions on stage. They portray traits of the actors, the period of the play, depict the moods, distinguish occupations and so on. In plays incorporating history or fable or myth,  costumes have the added functions of providing spectacles on stage.