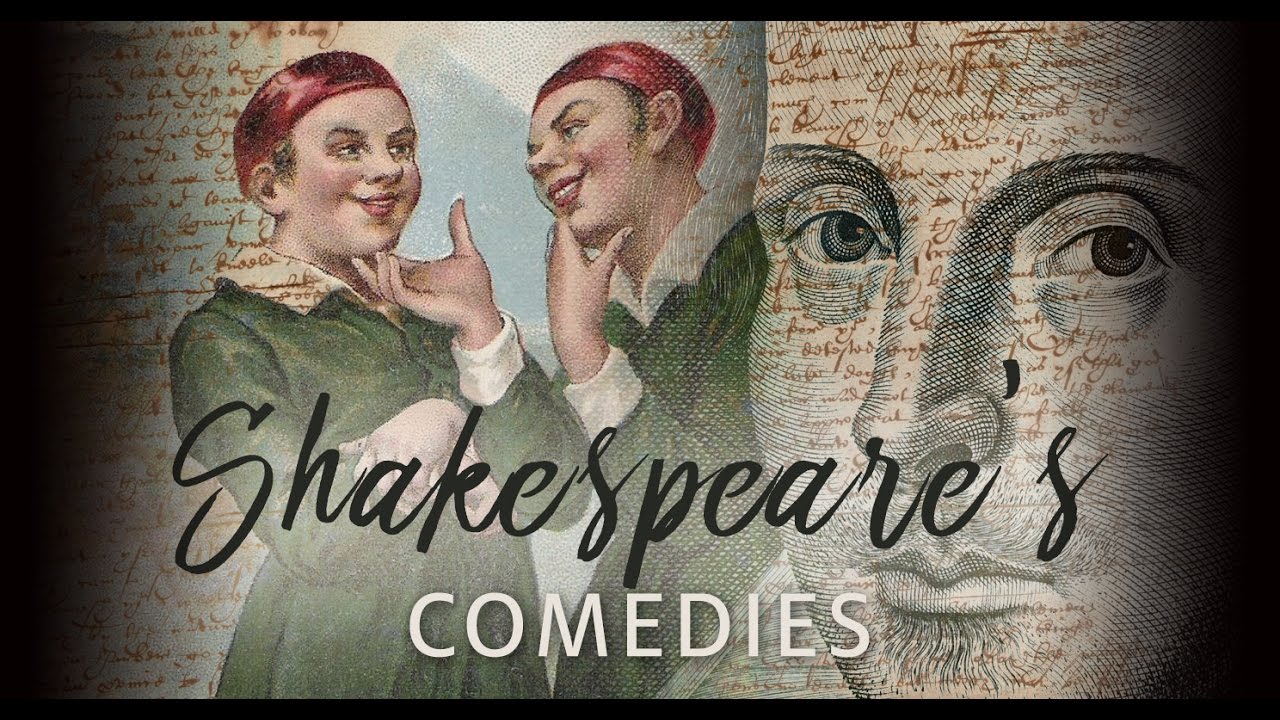 William Shakespeare was an English poet, dramatist and actor who is consider by many experts to be the greatest dramatist of all time. He was England’s national poet and his body of work includes 38 plays, 154 sonnets and 2 epic narrative poems. His genius as a playwright eclipses that of all others of his age and he created the most vivid characters of the Elizabethan stage. Traditionally Shakespeare’s plays categorized as comedy, history, romance and tragedy; with some additional categories proposed over the years. Shakespearean comedies shaped the comedy genre completely.

Shakespearean comedies are usually identifiable as plays full of fun, irony and dazzling wordplay. Of his several plays, fourteen have been classified as comedies, in the first folio. Unlike the fatal conflicts of Shakespeare’s tragedies, conflicts in his comedies reconciled before serious harm can come to anyone. Since the audience knows that the discord is only temporary, we don’t take foibles and misfortunes of the characters seriously and we also believe that they will end the play happier than they began. ” As you like it “, “The Comedy of errors”, ” Merchant of Venice”, ” Mid summer night’s dream” are some of the popular comedies of Shakespeare.

Situations where characters impersonate or mistaken for someone else, is a conspicuous feature of Shakespearean comedy. How characters get embroil in gender mix-ups, can be due to circumstances  or just plain old-fashioned deception, but all in all, the humor arises from the audience’s awareness of their predicament, in contrast to how others remain oblivious to it.

The time Shakespeare penned his plays, the society was largely characterize by an intellectual battle. In addition, there was an emotional conflict between Apollonian values like reason, versus Dionysian values, like desire. Thus his comedies toy with dichotomy, challenging audiences to consider matters of heart, comparing rational consideration of human mind.

• Fate and the fantastical

Shakespeare’s comedies enjoy invoking the supernatural and tend to portray humans as mere toys in some grand mystical game. Whether through strife or tenacity, many of the character revelations in his comedies witness as being due to events beyond human control or moral understanding. That is why audience still find it funny today.

It is noteworthy that several of Shakespeare’s comedies given idyllic and almost fantastical settings. The main reason for setting his comedies in almost paradise- like locations is because things tend to go wrong. Likewise, mistakes happens, complications are rife, misunderstandings always arise. Thus when audiences see how characters living in paradise get entangle in conflicts, it only underscores the comedy.

Love is however the central theme in most of Shakespeare’s plays. Above all, the idea of lovers being separated is a frequently-recurring element in his comedies. Where there is separation, there is reconciliation too. Thus this vibe makes the audience happy.

One of the most notable elements of a Shakespearean comedy is a happy ending. His comedies however mostly ended in a celebratory manner, often with love and marriage.

Firstly, A tragic hero means a male or female royal of virtuous character. They must face adversity either caused by their own flawed persona or sealed by fate. Ultimately, they pay the price with their lives, but after recognizing their mistake.

Secondly, Good and evil was as real in Shakespeare’s time, as it is today. Moreover main reason why the good vs evil theme reflects in tragedy is the ability of the duo to stir the imagination of the audience. However, these elements have existed in the society since time immemorial. Thus, the audience can easily identify with both.

The protagonists in these tragedies all carry a flaw, which is also known as hamartia. This leaves them vulnerable and eventually leads to a disastrous end.

However, Superstitious beliefs come to play in some of the Shakespeare’s popular plays. Above all, ghosts and supernatural has formed important part of the plot in dramas like Julius Caesar, Hamlet and Macbeth.

In addition, looking at Shakespeare’s plays, the hero and villain ultimately die. It is this disturbing demise of good characters also, with the evil ones, that is known as the tragic waste.

Finally, the audience’s involvement in the play leads to an emotional roller coaster. Thus contains mixed feelings for the hero and their antagonists. While the suffering of the hero elicits sympathy, the audience experiences anger towards the villain.