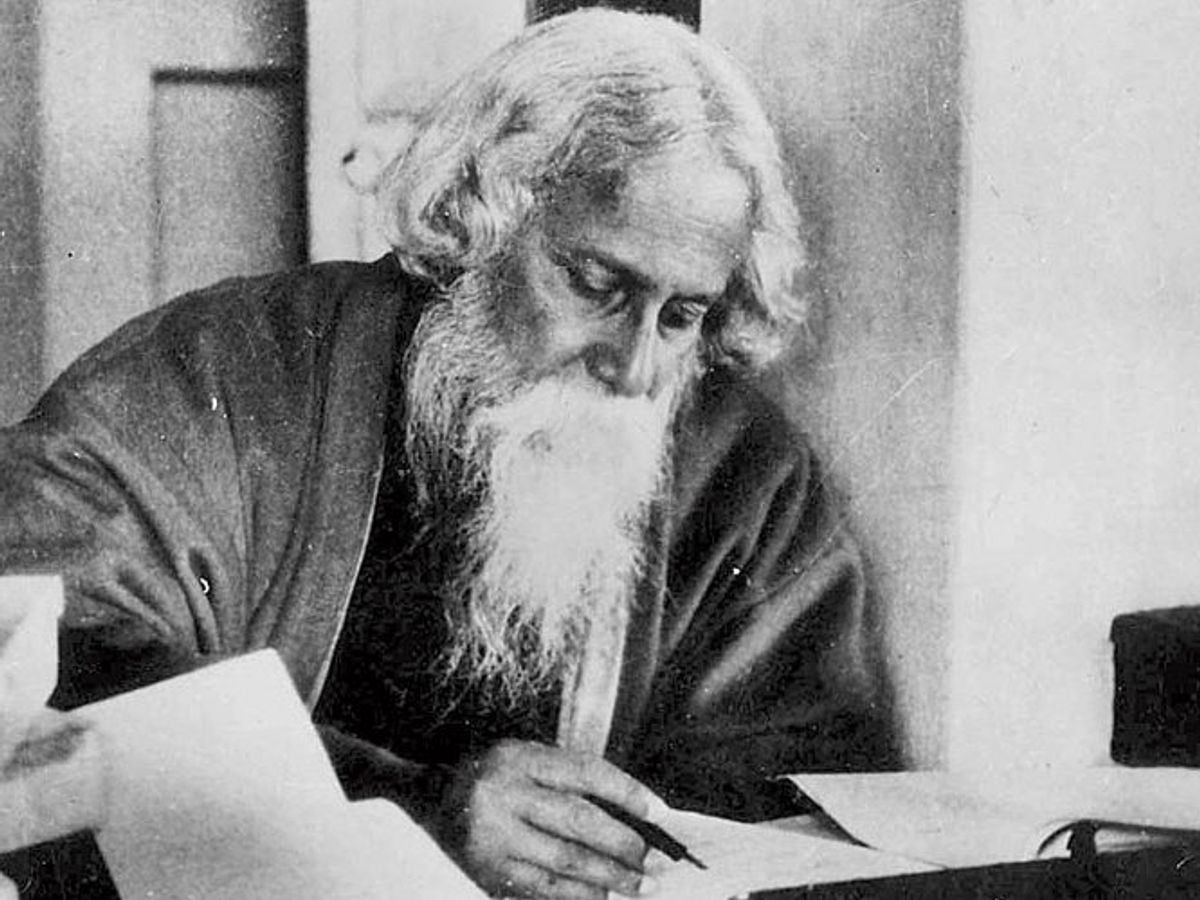 “What is needed is eagerness of heart for a fruitful communication between different cultures. Anything that prevents this is barbarism.” Rabindranath Tagore, the first Indian to win a Noble Prize for literature, was a man in pursuit of “universalism”, by which he hoped to bridge relationship between his homeland in the east and first world countries in the west. Born into the artistic and renowned Tagore family of Jorasankho, Rabindranath Tagore grew up in his sprawling ancestral home in an atmosphere of culture, active social life and surging nationalism.

Tagore family, with a rich history of over 300years, has played a significant role in Bengal Renaissance and has yielded several gifted individuals who have contributed substantially to the fields of literature, art, music, business, culinary crafts, classy fashion, religious and social reformation and so on. Rabindranath Tagore knew no geographical boundaries, and believed in universalism. Growing up in a family that respected divergent perspectives on intellectual as well as creative matter, shaped Tagore’s view that the primary role of literature is to foster intercultural understanding among people. In recent times, scholars place a great importance on global education because that can help students prepare about cultural diversity. This global perspective is not a new concept and Tagore was definitely a precursor. He was a forerunner in envisioning a globalized world community. He lived his entire life as a veritable citizen of the world.

The development and cultivation of Tagore’s appreciation of other cultures began at a tender age. His family always encouraged thought-provoking and stimulating discussions on the great intellectuals of the west. Although Tagore was not formally educated, he is one of the greatest educators of the world. Armed with all these views and philosophies, he was a pioneer for successfully founding Visva Bharati. It is a university that is truly international in its philosophy, goals and curriculum.

He started this university in 1921 in Shantiniketan. In fact, the name Visva Bharati itself suggests the communion of the world with India. Tagore’s idea on education says every person is a genius. All students may not bloom at the same time. So he devised an absolutely new system of learning in Visva Bharati. He allowed students to continue their course till their satisfaction. It was also his global vision that helped establish Cheena Bhavana in 1937. The only one of its kind in India at that time, where renowned international scholars worked. Scholars from all over the world came to Visva Bharati, which soon earned reputation as a great seat of learning.

TAGORE AS A GLOBAL CITIZEN :

Tagore have visited 37 countries during his life time. He was huge figure whom everyone admired globally. He received a hearty welcome everywhere. Had meetings with towering political and cultural figures of his time. Tagore indulged in cultural diplomacy and travelled to Iraq, Britain, France, Central Europe, China and Japan. He not only looked to west for contact and inspiration but also to the east to bring the countries altogether. This included Japan, China and South-east Asia. Tagore’s legacy still remains fresh; while some countries have a road named after him, others have a bust of him placed in a public square. Rabindra Nath Tagore, beyond any shadow of doubt, was a visionary. He was a man much ahead of his time. His thought process was indeed global.