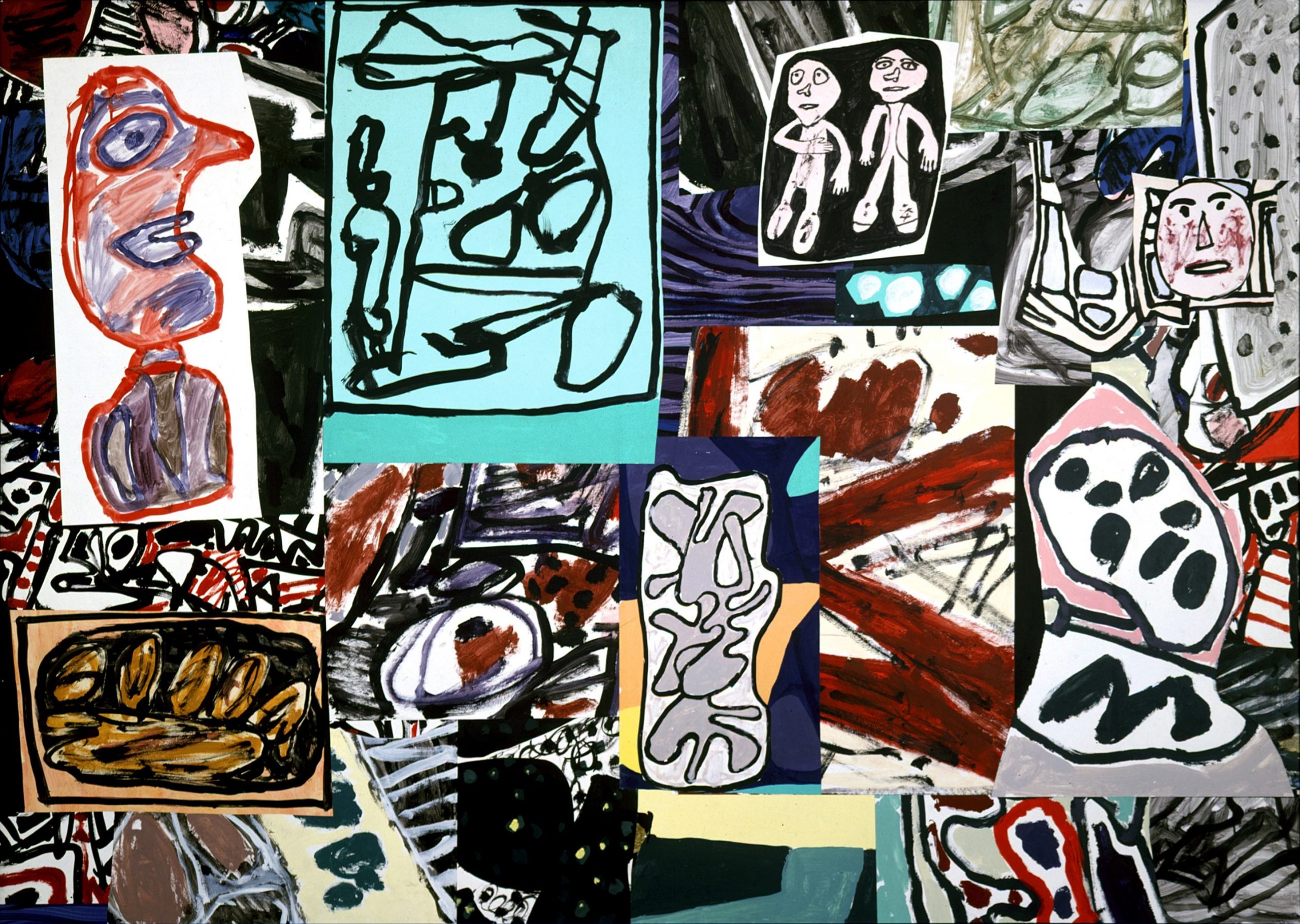 Art brut, though not a very new concept, is not known to many. It is a French term that translates as ” raw art “. French artist Jean Dubuffet created the label . To describe artwork produced by artists without formal training, especially by ones who work in an idiosyncratic style and are relatively isolated from main stream artistic trends. Dubuffet focused particularly on art by those on the outside of the established art scene, using as examples – Psychiatric hospital patients, children, etc.

This kind of art is also often referred to as the “Outsider art”, . A term coined by art critic Roger Cardinal, as an English synonym for “Art brut”. These artists, who are mostly self-taught or naive art makers, have little or no contact with the main stream art world or art institutions. , Work is discovered only after their deaths. Often, outsider arts showcase extreme mental states, unconventional ideas or elaborate fantasy worlds.

French artist Jean Dubuffet was perhaps the most important artist to emerge after World War II. After World War II, as one of the leading artists of the School of Paris, he developed the techniques and philosophy of art brut. Known for art movement . Dubuffet saw fine art till then, as dominated by academic training.

This kind of art he referred to as “Art culturel” or cultural art. Which included Graffiti as well as the works of the insane, prisoners, children and primitive artists. In 1948, he formed the “Campagnie De L’Art Brut” along with other artists, including Andre Breton. The collection he established became known as the ” Collection De L’Art Brut ” ( literally meaning collection of raw art).
However It contains thousands of works of various artists and some of them are Paul Amar, Morton Barlett, Gregoey L. Blackstock, Nek Chand, Henry Darger, Nikifor, Masao Obata and others. This collection is now permanently housed in Lsusanne, Switzerland. The result was to suffocate genuine expression. Art brut was his solution to this problem .

In India, the foremost name that comes to mind when we speak of art brut is Nek Chand.   Nek Chand from India was the untutored genius who created a masterpiece. He made a garden known to the world as the “Rock Garden” at Chandigarh. Neck Chand, worked in Chandigarh as a Roads Inspector , collected materials from the demolition sites , in his spare time.

He recycled these materials into his own vision of the divine Kingdom of Sukrani, New Delhi .However He chose a gorge in a forest near Sukhna Lake for his work. It is a 13acre complex of interlinked courtyards. Each filled with hundreds of pottery-covered concrete sculptures of dancers, musicians and animals. Made from recycled materials, he built up the mass with a cement and sandstone mix. After that he added a final coating of smoothly burnished pure cement combined with waste materials such as broken glass, bangles, crockery, mosaics, etc. In additin it is the second most popular tourist attraction in India, after Taj Mahal.

Originally inspired by the childlike art of the Swiss painter Paul Klee, from the 1940s on, Dubuffet’s paintings emulated the sincerity and naiveté that he associated with real art brut. The first of these works shows a childlike vision of humanity and civilization, with bright, gay colours and naive drawing. Later works, passionate and primitive, sometimes pathetic, sometimes obscene, incorporate forms derived from graffiti and psychotic art; painted in thick impasto or constructed in collage, these densely detailed and intensely expressive works convey a sense of teeming life and brutal force.

Art Brut and Outsider Art – Is There a Difference?

Although Jean Dubuffet coined Art Brut to encompass all works free of cultural norms and traditions . Art made by the patients in mental hospitals. In 1972, art critic Roger Cardinal introduced the Outsider Art as an English equivalent of Art Brut.

However, the second expression with its broader meaning brought problems . In time, people started using it to describe the works of any untrained artist and the expression began to overlap . It overlaped with Folk Art, Naïve Art, Marginal Art and Visionary Art, regardless of the content and circumstances . Some art critics even argue that terms Art Brut or Outsider Art should only refer to the original Collection de l’Art Brut, .

Driven by an unflinching creative intensity combined with a talent for rousing humanity’s deepest desires and fears, Outsider Artists present a visionary interweave of the fabric of life. As a way to categorize the artwork that he loved made by introverted, isolated, and exceptionally imaginative characters, the French artist Jean Dubuffet coined the term Art Brut, or “raw art”; also known as Outsider Art, this latter term provides the most succinct way to reference the artist within the movement. Although Dubuffet’s own art sought to imitate freedom from societal constraints – both in subject and in technique – in the same way as the art that he admired and collected – his position and status within the art world makes him far from an Outsider Artist. However, the grouping he championed does help to direct attention onto a body of art made by people who have no interest in self-aggrandizement or self-promotion.

Outsider Artists usually experience some sort of revelatory moment, akin to a religious calling when they become “artists”. They typically have no formal training within an art institution . However , exhibit in their work a sense of heightened connectivity within the intricate system of universal balance. Artists hold within an acute awareness of the forces of darkness as well as those of light. The closest more conventional movement comparable is Surrealism. As the premise of the latter is also based on the power of the human unconscious. Indeed, as well as Dubuffet, other famous artists, including Picasso, heralded this work as inspirational.