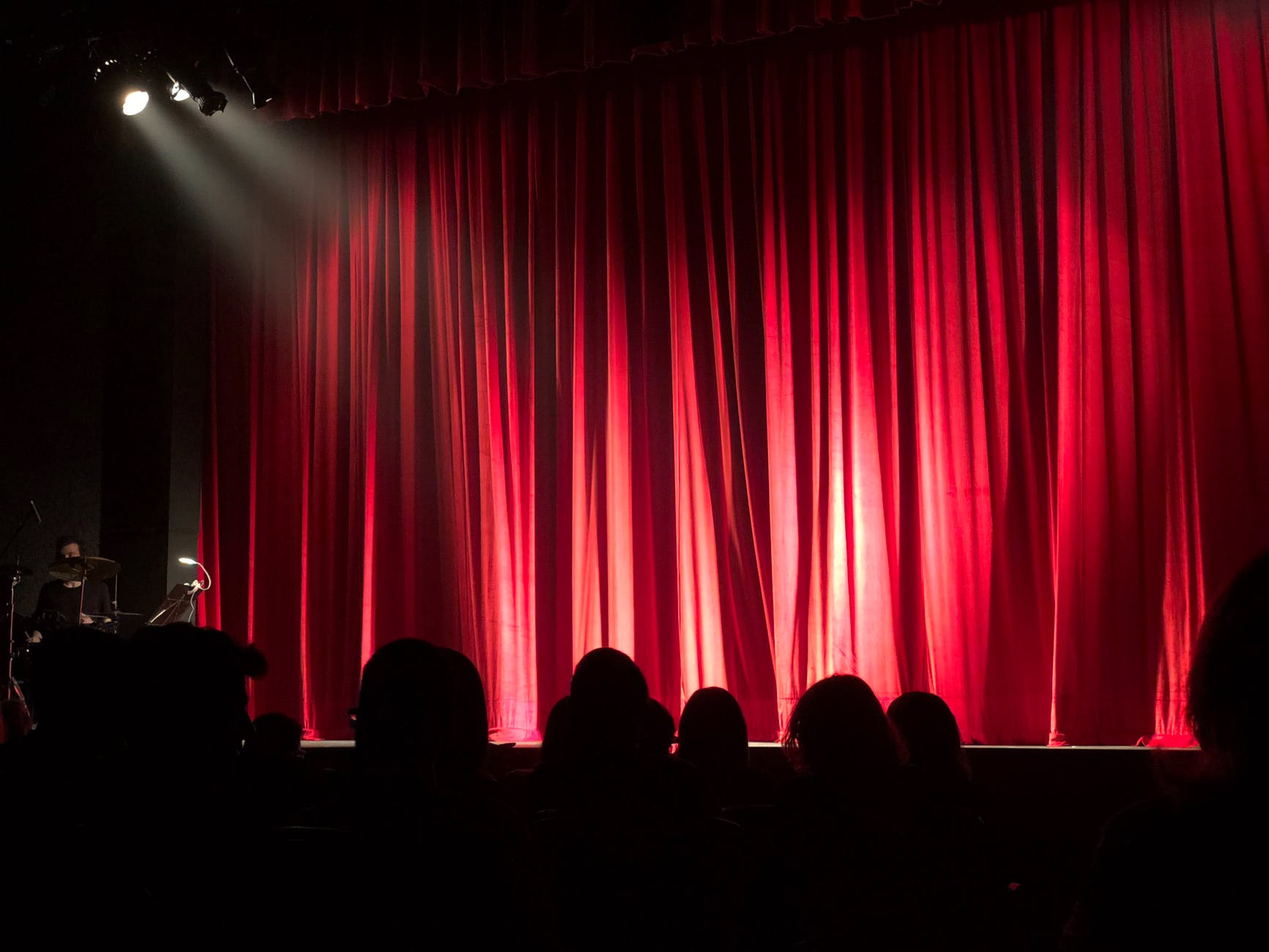 READERS’ THEATER (SHRUTI NATOK) : VOCAL EXPRESSION TRICK as it is nicknamed.It is a public reading or recitation of a work of literature like a poem or a play, with an interpretative or dramatic use of voice. It is a form of theater without sets, props, special lightings or full costumes. The script is read, be seated, stand in fixed position or incorporate minimal stage movement. Actors use only vocal expression to help the audience understand the story. Readers’ theater is also known as “Theater of the mind”, “Interpreters’ theater” and ” Story theater ” and performances might be called “Reading hours” or “play reading”.

It is an art that all literary minded people can appreciate. If you are reading and analysing a play as a piece of literature, you cannot approach it like you would, in case of a short story or novel. Even so, analysing a play isn’t really different from analysing a prose. Your puropse is the same and that is to determine how the different elements work together to create the overall effect .

The form of readers’ theater is quite similar to the recitation of epic poetry in fifth century Greece and public reading in recent past by Charles Dickens and Mark Twain. Actually, the origin of readers’ theater may be traced back to Greece 2,500 years ago and was also found in medieval times. More recently, they have evolved from a group readings in the early 19th century. The earliest use of the term “Readers’ theater” dates back to 1945, when a professional group in New York  (who called themselves Readers theater, Inc ) produced Oedipus Rex, at the Majestic theater on Broadway.

In 1951, a production on “Don Juan in Hell” written by Bernard Shaw, was performed by four well-known actors. The performers sat on stools and read from scripts placed on lectern. This new form of play reading, has undergone many changes and is still a popular form of performing art.
It should be noted in this context that radio plays are, definitely a form of Readers’ theater. The actors perform using scripts. There is no staging in this case. READERS’ THEATER (SHRUTI NATOK) : VOCAL EXPRESSION TRICK

CHARACTERISTICS OF AN EFFECTIVE READER :

The key difference between traditional theater and readers’ theater is the mode of presentation . The interpretation of the dramatic reading relies almost entire on the actors’ voices. It is not always necessary to use a piece of literature in its entirety. It is important to keep in mind the reading level of the readers, while selecting a piece of text. Some of the important characteristics of an effective reader include . Firstly , Reading with expression, proper emphasis   and clear enunciation, using his/her voice effectively, to convey meaning.
Secondly , Projecting to the audience
Thirdly , Being familiar with the part and the ability to read it with fluency.
Fourthly , Being able to pace himself/herself effectively.
Fifthly , Using props, when employed, effectively  ( the script is a prop, too).
Above all ,Demonstrating poise and self-confidence